Dendrobiums are tricky to describe due to it being the second largest family of orchids beside the Bulbophyllum. There are so many varieties that they are typically divided into sections that require different care conditions. The one constant in their care though is that they require a good source of light ranging from all day to all afternoon (south or west facing or light source of 2000-3000 foot candles). They take a good balanced fertilizer per month and typically have their growing period in the spring and summer and enter a hibernation period in the winter.

This is the most standard family of dendrbium as they are some of the most common in the world due to their ease in care. Generally these plants retain their leaves and stay green for years without problems. Give them good phosphorous fertilizers, regular waterings, and temperatures above 60 degrees Fahrenheit at a constant and they will bloom out 2-3 times a year.

These dendrobiums are popular due to their hardiness and ability to produce some of the most fragrant flowers. they are deciduous, losing their leaves in the winter cold but retain old bulbs for nutrition. They require a good standard fertilizer in the spring and summer months being in the warm sunny side consisting 65-80F to grow out as many new canes as possible. In the winter they take nighttime temperatures going from 40-50F still taking good sun during the day. When in flower or spiking it is advisable to cut down watering and fertilizing as heavy watering during a spiking period can cut chances of flowering.

This section of Dendrobium has some of the largest plants and longest blooming flowers of the Dendrobium family. They are telltale for their evergreen leaves and shoots along with antler like petals coming out of their flowers. Most of these have no dormancy period, preferring to stay in the strong light going from 60-90F.

These Dendrobiums can be considered as the forefront standard as their blooms and growth make them the most popular of all the dendrobium categories. Their shoots and leaf behavior are telltale for them as they grow out canes that can flower multitudes of flowers per node. They are also deciduous so they naturally lose their leaves in the cold months but old canes without leaves are known to flowers so it is not advisable to cut them. Here in New York they love being out in the summer until about September when they start producing flowers, which at that time you can take them inside and enjoy the fluorescent display of flowers coming out in the winter. They take generally the same conditions as the dendrobium section requiring temp. going from 40-50F to simulate their winter dormancy. Their canes are known to droop giving the choice of propping them up for a close showy display or a hanging droop creating a cascading avalanche of flowers over the pot.

These varieties grow out some of the freakiest and unique flowers in the orchid kingdom besides the bulbophyllums. They produce thick, leathery leaves out their pseudobulbs that last for years. They prefer being in the warm sun all year taking temperatures going from 60-70F at night and 70-90F in the day.

Formosae dendrobiums are odd, as they have typically the same behavior as their cousin the callista dendrobiums. They produce canes that can droop and are known to be deciduous like the callista but having key differences. For one thing their pseudobulbs produce fine black hairs that cover their canes. The flowers typically grows 1-3 flowers at the end of their canes and last a very long time, being second in lasting power next to spatulata. They require cool temperatures going from 50-60F in the winter in order to flower but take temp 65-80F to grow out their canes. 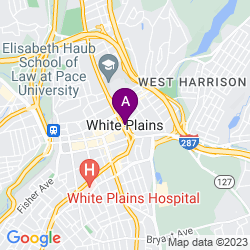 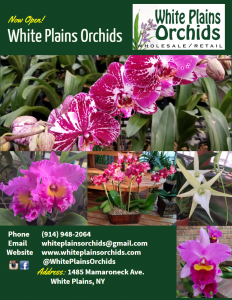 Located in the convenient White Plains city, close to the big apple and 5 minutes from the famous Westchester mall, we are the only orchid nursery in Westchester county. Now proudly open to the public.